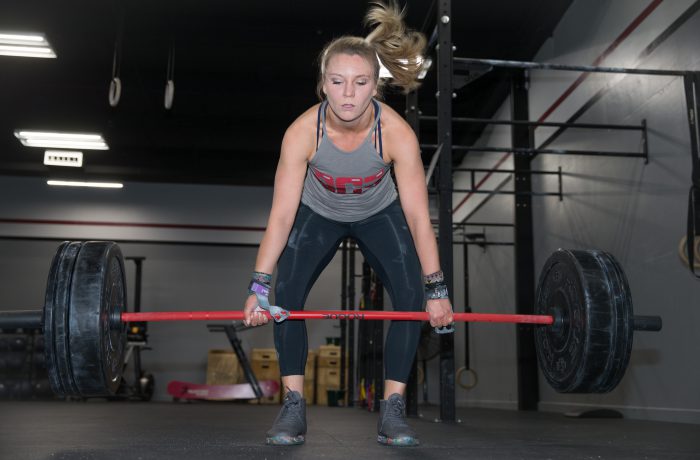 I’LL TAKE ONE HAPPY LIFE, PLEASE HOLD THE OBSESSIVE BEHAVIORS, ADD A SIDE OF BALANCE & DON’T FORGET THE BOTTOMLESS SASS-A-FRASS.

This is what happens when you’ve gained 65 pounds and have no idea what happened because you were too busy obsessing over the next thing.

The first 41 pounds, Sarah attributes to starting birth control but knows her eating and drinking habits weren’t helpful. Even though she was always active and remained active through high school and college, that weight didn’t budge. And it was quite an adjustment coming from only 89 pounds as a freshman in high school.

As a junior in college, she and her roommates planned a trip to Mexico so, out of curiosity, she weighed herself. The number on the scale shocked her, at 155. That’s when Sarah reflected on her daily McDonald’s and Busch Light habits and decided it was time to kick her fun, party lifestyle and get serious about her health! Are Big Macs and fries in college normal? Yes, but five times a day became a bit obsessive.

The journey to get there wouldn’t be easy but it would be worth it. 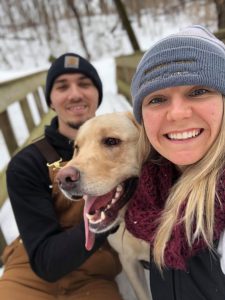 When one of the girls suggested Planet Fitness, she joined because she knew she had both something to lose and something to gain. She started with very small goals, even five minutes on the treadmill was better than nothing! Sarah started to love running and became slightly obsessed with it, logging 30 miles a week on the treadmill. Even walking her dog, Rogue, became more of a “must-do” form of exercise than something enjoyable.

A year later, she started learning about food – carbs and calories – and that was her next fixation. Sarah first went low carb and was eating tiny portions. It wasn’t enough food so she was still struggling to feel well and find her version of healthy. She avoided bread like the plague and, if she did slip up and ate something “bad,” she’d feel guilty and log even more miles on the treadmill. Before she knew it, Sarah was working out three times a day and down to 104 by her senior year of college.

She knew this wasn’t healthy, either. She wasn’t lifting weights and was aware that she wasn’t eating enough to sustain her high activity levels. In 2014, Sarah decided to speak to a friend and local gym owner about strength training. They tried a few workout styles that didn’t work for her and then she finally landed on a hybrid form of CrossFit, reluctantly at first but it soon became her next obsession. Still eating unhealthy at the time, a holistic gut health friend introduced her to Paleo eating. She tried the Whole 30 and, while she didn’t like it, it was a great real/whole food education for Sarah, who’d struggled to understand it before.

Taking the all or nothing approach, Sarah followed the Paleo diet to a T, omitting dairy, bread, sugar and so many other foods completely. And obsessively. It was at this point that she had to unlearn some of the habits she’d previously learned and literally retrained herself to feel okay about reintroducing foods that weren’t problematic for her (she doesn’t have any known food intolerances) and knows now that it’s okay to eat “off plan” on occasion. Her counselor was a huge help in this process. 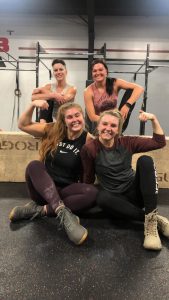 Craving something more and knowing there was still more to learn, Sarah joined the OC3 family in the summer of 2018. This past January was her first time doing the OC3 TNT (Total Nutrition Takeover) where we split into small teams and log food and water intake, sleep and weekly workouts for seven weeks (Part 1), then six months (Part 2). It was also her first time learning about and counting macros, another big eye-opener!

Sarah wanted to finally crack the code and feel her best, so she completely gave up drinking for the first time since her first beer. She also gave up the thought that there is “good” and “bad” food. If she needs some extra carbs, she’ll have some gummy bears now, guilt-free. Instead of working out obsessively three times a day, she works out five to six days a week and enjoys her rest days. When she takes her dog for a walk, she no longer treats it solely as exercise but instead a form of relaxation and enjoyment. Importantly, she recognizes when she’s pushing herself too hard! 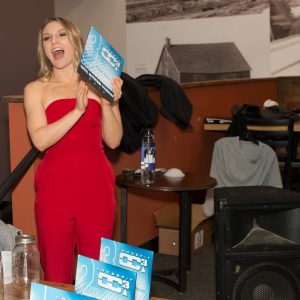 Her newly balanced diet includes foods like white rice, turkey burgers, chicken, asparagus, broccoli and cucumbers with lemon and salt. For the record, it also includes Busch Light, gummy bears, yogurt, Whiteys, chips and salsa and pizza. She can now obsess over healthier things, like listening to Khalid on Spotify and giving Coach Colin some sass!

In addition to balancing out her diet and giving her body the rest it needs between workouts, Sarah has taken herself completely off birth control (with her doctor’s guidance) and feels better than she’s ever felt! To boot, she ended up placing 3rd in Part 1 of our annual TNT competition (February 23, 2019)! She attributes her success to her psychologist, our OC3 nutrition coaches (Nic and Kyle), her supportive friends and her chiropractor. We attribute it to her dedication, perseverance and hard work through many trials and tribulations. Congratulations, Sarah!! 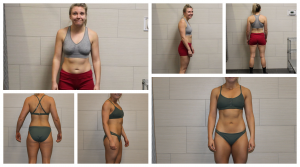 “CrossFit OC3 is THE best CrossFit gym in the Quad Cities. I tried about three other gyms after being introduced to CrossFit and there was not a doubt in my mind that OC3 was for me. The knowledge is insane and I’ve never felt more confident! Everyone is so welcoming and so encouraging and I feel like I’ve been there for years. It is honestly my second home! I say this all the time and I absolutely MEAN IT…I am SO sad that I didn’t start here much earlier. I love OC3!!”

– Happily ever after, Sarah Bristol

*** if you break any of the reps 10 burpee penalty