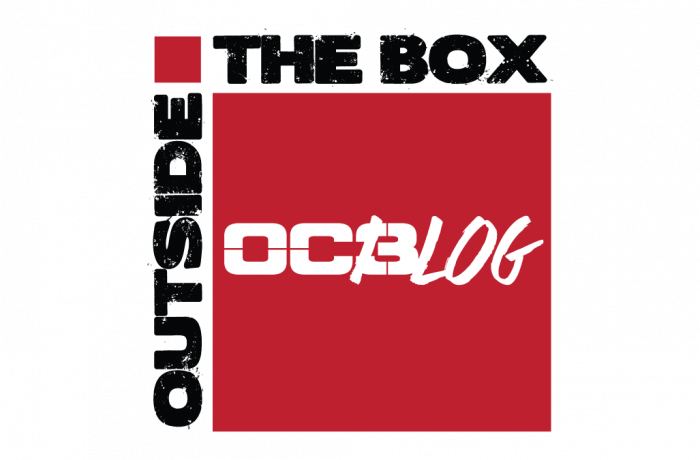 With higher education costs on the inflation fast-track, high school sports have become more competitive and demanding. Parents and players are trying to earn scholarships to cover college tuition. One unique approach is Central High School’s first year head coach, Chris Cartee, introducing the varsity baseball players to CrossFit Sport Specific Training. His method was threefold: 1) enhance the physicality and stamina needed to play the game, 2) gain mental toughness and 3) build stronger players who have a better chance at success both short and long term. As the season comes to a close, Coach Cartee reports that the team building aspect was an added bonus that has been invaluable; check out the video where the team cheers on the last guy to finish a workout (one even jumps in to finish with him)!

Why did you enroll your baseball team in CrossFit Sport Specific Training? 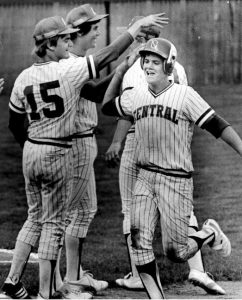 As a first year coach at my alma mater, I wanted to try something different than I had in my previous roles as head coach. I started with just the varsity team, and the original plan was to increase fitness levels and mental toughness. I thought it would give them a mental edge against their opponents and really didn’t see a downside.

Plus, prior to CrossFit, none of them had to push their bodies to extreme levels, yet we play in extreme heat. CrossFit gyms are called “boxes” because they are typically just the basics: equipment and four walls. There are no mirrors or fancy uniforms, and there is no air conditioning. High intensity training in the heat has really paid off for the extra hot days on the field.

What was your approach? 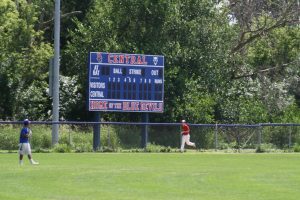 My son, Colin, is co-owner of CrossFit OC3 in Davenport, which isn’t far from Brady Street Stadium where we practice, so we worked together on a plan specific to our sport. We both grew up playing, and later coaching, ball so I knew whatever plan we came up with would be effective.

We started out hitting Saturday mornings hard but, once the season got longer, we switched it up to Friday afternoons so the boys could have the weekend off.

As for the workouts, the team has been exposed to a lot of the movements thanks to their training at the school gym. We kept it to mostly simple bodyweight movements, very cardio-based, since that is the conditioning they were most lacking.

What have you noticed since adding CrossFit to their routine? 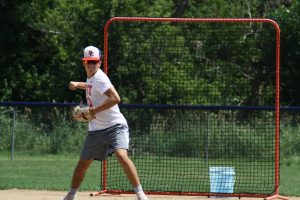 Early in the season, we lost a lot of one-run games because of our inexperience, but we’ve been able to turn that around toward end of the season. We’ve had some really tight games at end of year that we’ve won by one instead of losing by one. I attribute that at least partly to the mental and physical stamina they’ve gained from CrossFit. Late in the game, instead of making mistakes we’re still able to make good decisions.

What is the team saying about their CrossFit training? 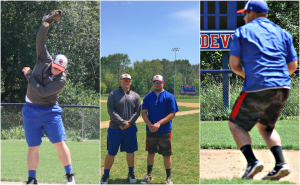 Logan and Keith: When other teams are wearing down, we find ourselves still going strong during innings 7, 8 and 9 because we’re more athletic and in shape than we were before. Another thing that’s cool is partnering up and working together in a new way, which we don’t get too much of on the field.

Hooked at his first workout, Keith recalls team deadlifts with the worm as one of his favorite movements! Both will likely join CrossFit on their own, especially now that high school is over for Keith.

Coach Cartee: I was initially worried about the effort I was going get out of them – I know firsthand how tough CrossFit is – but afterward, most report back that even though it’s brutal during the workout, they feel great post-recovery. I can see that pushing their bodies to new extremes has given them extra energy!

What are your future plans?

I want to make CrossFit a part of our off-season routine as well. This year was varsity only, but I’d like to get all three levels CrossFitting next year. So, we’ll pick up one day a week from freshman to varsity and make it part of our regular routine.

How can other sports and teams benefit from CrossFit?

For us, it was something different than ALL baseball ALL the time. The kids got the chance to step away and do something else. I find that training in different ways than what they are used to helps to mix things up and confuse the system. 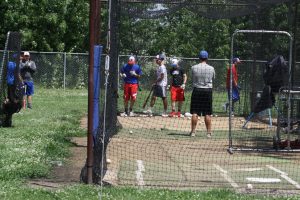 When you incorporate something new into your sport, there are a lot of expected benefits. Team building was something unexpected for the guys, I think. We almost always incorporated partner workouts at CrossFit, which fueled both competition and support between the guys. One workout that stands out is the 435# worm carry for 800 meters; they really had to work together! Now, when it’s 95 degrees and blazing hot, I hear them saying things like “we are CrossFitters” so I feel confident they can handle anything! There are a couple of players talking about signing up on their own, too. And, I’d be ecstatic if some of them can offset the cost of college with scholarships.